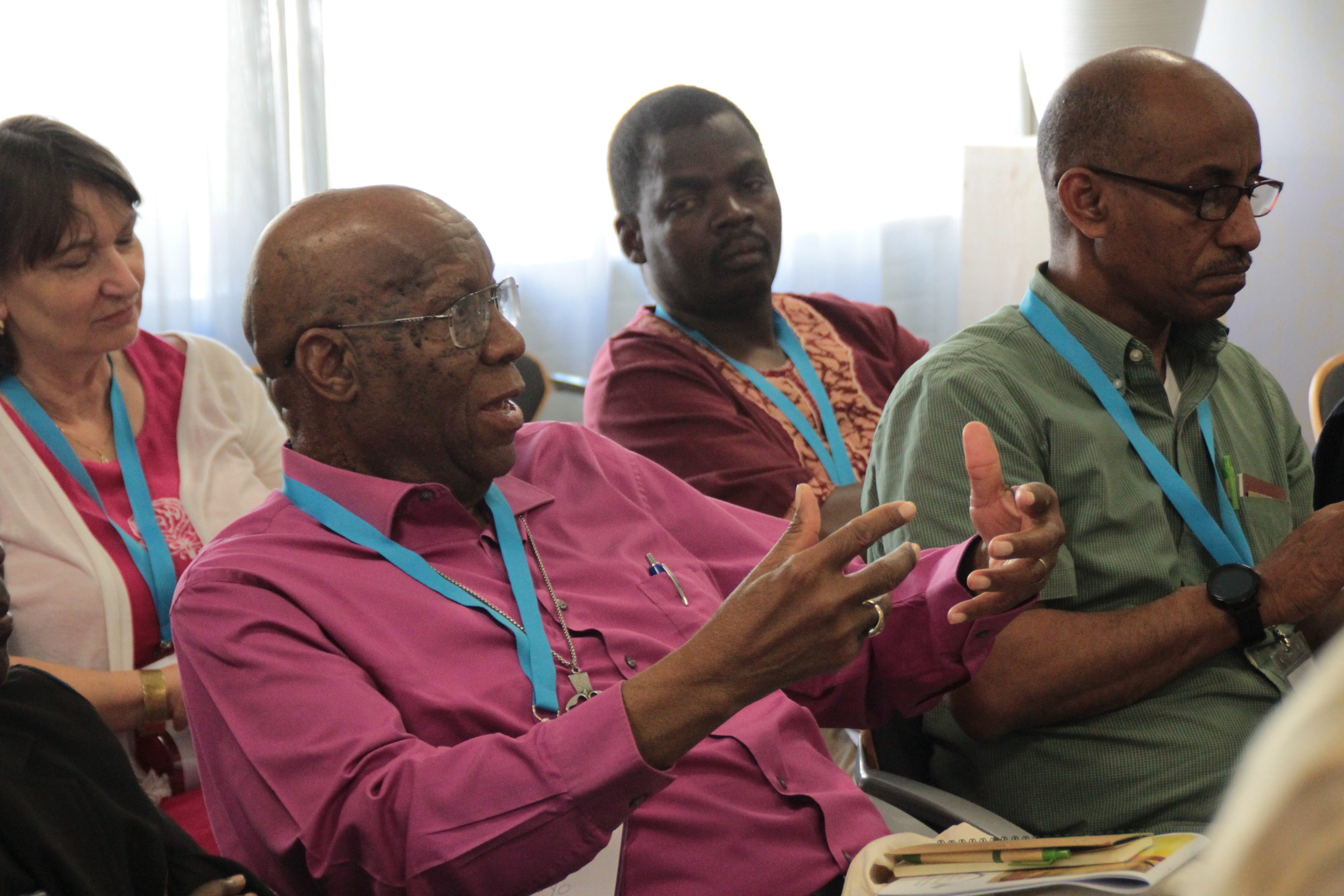 “Peacebuilding is an art that requires infrastructure, networks, and healthy relationships,” Martín Paz declared in his lecture on Political Advocacy. One of the goals of the GMP is to share wisdom and strengthen networks. On Saturday two concurrent sessions offered the opportunity for people working in political advocacy and interfaith dialogue to share the work they are doing.

When speaking from his context, Paulus Widjaja described one challenge he comes up against, “Many people in Indonesia do not want to do peacebuilding because there is not currently conflict because things are good between Christians and Muslims. They see no need to meet with other faiths.” Widjaja argues that peacebuilding is not meant to just end conflict but to also prevent the future conflicts by building strong infrastructure.

In the session on Political Advocacy, three speakers Martín Nates, Andrew Lane, and Nathan Hosler all shared what their organizations were doing in their specific contexts and what this could offer peacebuilders around the world. Matín Paz, representing Justicia y Paz, described the three principles guiding his work in Colombia: Ecclesiology, practice for citizenship, and spirituality or care for creation. Emphasizing the spirituality component, Paz stated, “when we advocate in the political realm we must do so as Mennonites.” The Mennonite church’s spirituality in peacemaking has much to offer the world.

Andrew Lane of the Quaker Council for European Affairs joined the organization of the 2nd GMP to help create a network between Quakers and Mennonites in the realm of political advocacy in Belgium. Lane told the session audience that his organization has key tools to connect people and organizations whose contexts are affected for good or ill by Europe’s policies. “The Quaker Council for European Affairs offers the Mennonite global church a brotherhood in advocacy work.”

A brotherhood requires a space that where people can encounter their other. While these meeting spaces are important creating infrastructure for peacebuilding requires individuals get involved. Maria Sakarias and Roman Nazarenko confront this issue in their organization MasterPeace. Maria described the work as “creating peace by dialogue and inviting people to create peace in their own communities.” Masterpeace is action focused to mobilize, inspire and connect people. Throughout the 2nd GMP the need for network collaboration and support has been emphasized, and so we will keep on going to interact with many people and organizations who are doing this crucial work.